On January 6, 2021, five Texans boarded a private charter plane in Denton, TX and flew to Washington, DC to do a coup. They were mad their U.S. presidential candidate didn’t win, and so they decided that it would be okay to overthrow a fair election.

Meet the five Texans that flew to DC to do a coup and read more about them after the images: 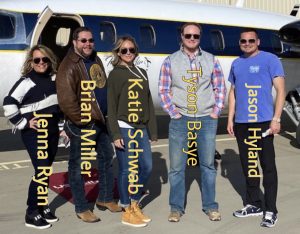 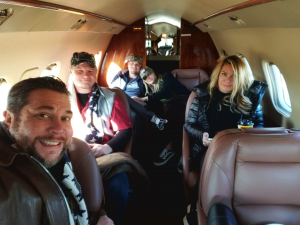 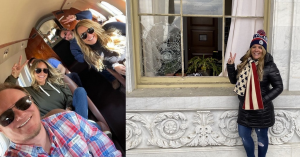 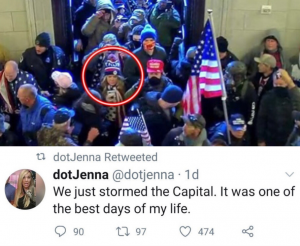 50-year-old Jenna Ryan, a Frisco real estate broker from Carrollton, Texas, boarded a private plane with several other realtors and flew to Washington DC to protest the United States presidential election. She believes, like the others in her group, that the election was “rigged” and that she needed to put a stop to it, as so she stormed the U.S. capitol:

“We just stormed the Capital. It was one of the best days of my life,” she wrote on her Twitter account under the username dotJenna.

In a January 7 interview with CandysDirt.com, Ryan has expressed no regret over her participation in sieging the capitol, simply saying, “We are frontline patriots who are fighting for liberty.”

The article with CandysDirt goes on say that “as for the more than 50 police officers injured and the damage left behind, Ryan claimed that none of that was done by Trump supporters. Instead, Ryan blamed Antifa, claiming they were well-camouflaged by masks.” We can assure you, antifascists had nothing to do with storming the capitol, you fascist piece of shit Jenna.

An active social media user, Ryan also maintains a Pinterest account that included a board dedicated to Nazis (Ryan has since deleted the board, but not before we archived it). 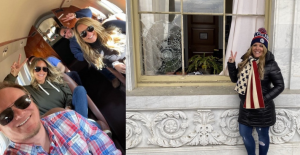 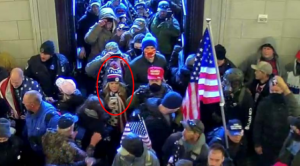 On January 15, 2021, Jenna Ryan, who was seen in photos and video at the U.S. Capitol siege, had been taken into custody and her home raided by the feds. Jenna whines:

“All my computers were confiscated as well as my phone and Maga hat.”

Oh NO! Not your MAGA hat!

Jenna will have some more shit to whine about, because her self-help book deal was canceled, she was arrested for disorderly conduct on Capitol grounds and knowingly entering or remaining in any restricted building or grounds without lawful authority after turning herself in, and at least two attempts to raise funds to hire an attorney for her defense have been canceled by PayPal and Fundly due to public pressure. She also asked Trump for a pardon…and didn’t receive one. FAFO!

DFW COMMUNITY ALERT! Ryan recently changed her real estate license in an attempt to allow her to do business under the name “Jennifer Rodgers.” 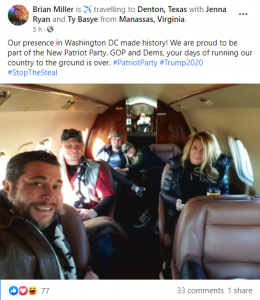 Brian Miller, a Garland, TX based real estate broker, was also present at the U.S. capitol on January 6, 2021. Miller claims he never went inside, but he did live stream and document much of the Capitol Hill siege and post it on his Facebook profile.

Completely Q-pilled and tricked by politicians who don’t give two shits about him, Miller believes the fair presidential election was a fraud. He exclaims in a Facebook post, “Im here at the door of the Capital building… now they want to listen to us… we’re not leaving till we are heard and these votes are investigated.” 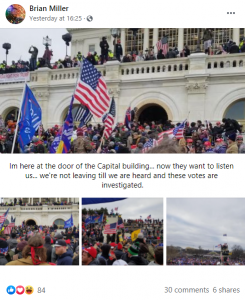 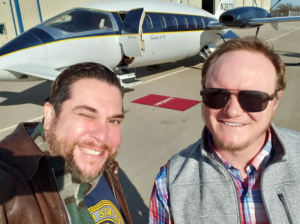 Brian, don’t be a fascist. 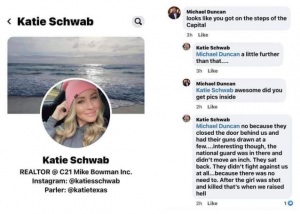 Katie Schwab, a real estate agent who was fired by her broker after coming under public pressure, quickly went radio silent on social media after posting on Facebook that she made it further than the steps of the United States capitol.

Schwab admits in a reply on Facebook that “we raised hell” while inside the capitol building.

Katie, don’t be a fascist. 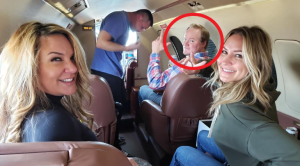 Tyson Basye’s (who goes by “Ty”) journey on a plane to DC all started with one question he posed on Facebook: “Is anyone I know planning on heading to DC for the 5th and the 6th?” 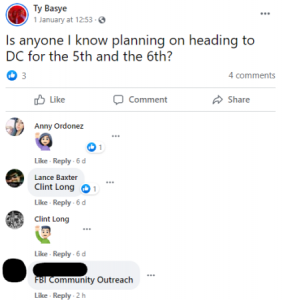 Well, not only did Ty find someone to travel to DC with, he boarded a plane with four North Texans, and was also at the capitol building as he excitedly exclaimed on his Twitter account not once, but twice: 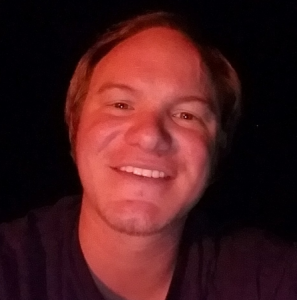 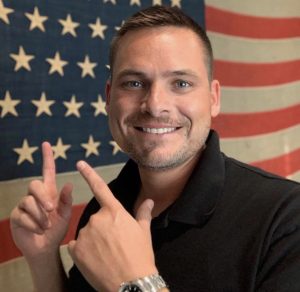 Jason Hyland, a real estate broker with a pilots license, was also on board the plane that flew from Denton, Texas to Washington, DC. Hyland can be seen on Jenna Ryan’s live video which she posted from Washington, DC to her Facebook page:

Jason Hyland has since removed his Facebook page after his cohorts went under fire for their participation in the events on January 6 in Washington, DC.

It should be noted that there are two realtors in the Dallas Fort Worth metroplex with the name Jason Hyland. The Capitol Siege Jason Hyland is with Ebby Halliday, the other works for someone else. Please don’t confuse the two.

Jason, don’t be a fascist.