Tyler Russell Arbuckle (born July 1998) of Utah is a member of the white supremacist, neo-Nazi organization Patriot Front. Tyler Arbuckle goes by the alias “Anthony UT” within the white supremacist, neo-fascist group. In January 2022, leaked messages and images from Patriot Front’s RocketChat internal communications was published on Unicorn Riot and clearly identifies Tyler Arbuckle as “Anthony UT”. Tyler has participated in placing neo-Nazi propaganda, demonstrations, and drills with the racist organization. Moreover, Arbuckle graduated from the United States Air Force at Lackland AFB, is likely an active member of the U.S. military, and is probably stationed at Hill Air Force Base in Utah.

We would like to acknowledge antifascist researchers who contributed research to this article including, but not limited to, Central Oregon Antifascism, Texas Against Fascism, Expose DezNat, and Salish Coast Antifa. 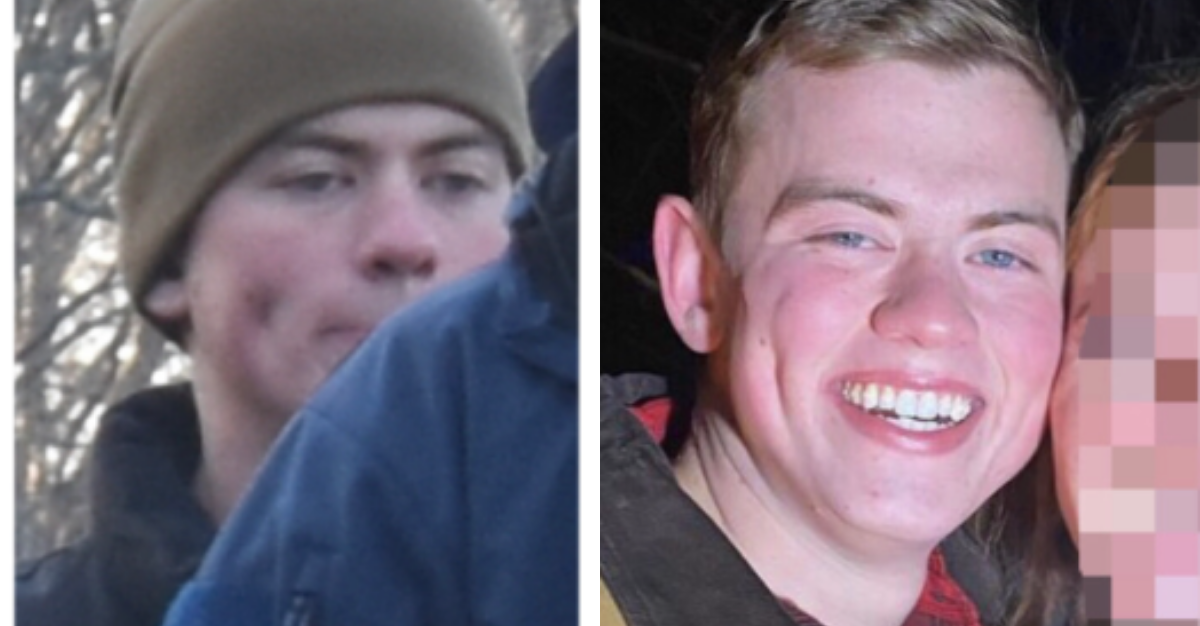 Images of Tyler Russell Arbuckle: image on left from leaked Patriot Front communications; image on right from a public post on Instagram.

Patriot Front is a neo-fascist organization that splintered from the neo-Nazi organization, Vanguard America, in the chaotic aftermath of Unite the Right in 2017. Its members are white supremacists who have advocated for rape gangs. Patriot Front members have been involved in dozens of hate crimes in the United States and is one of the most active neo-Nazi organizations operating in the United States today. It’s current leader is Thomas Rousseau, who runs the entire operation out of his house in Haslet, Texas, a city located in the Dallas-Fort Worth metroplex.

In January 2022, Unicorn Riot published a trove of leaked messages and images from Patriot Front’s RocketChat private communications and other sources. As reported by Unicorn Riot, “The exposed communications show coordination with their leader Thomas Rousseau to deface murals and monuments to Black lives across the United States, and intimate struggles to bolster morale through group activities like hiking and camping.”

“The release includes more than 400 gigabytes of data published by Unicorn Riot. Ostensibly private, unedited videos and direct messages reveal a campaign to organize acts of racial hatred while indoctrinating teenagers into national socialism (Nazism). The information stands as a chilling reminder that fascist organizing thrives in secrecy and obscurity.”

Tyler Arbuckle grew up in a Latter-day Saint (Mormon) home, was a boy scout, and attended Brigham Young University-Idaho. At 23 years old, he is the oldest child of New York City-based and 6-time National Academy of Television Arts and Sciences Emmy Award-winning Fox News meteorologist, Amy Freeze and Gary Arbuckle, a chiropractor in Pleasant Grove, Utah. The Freeze and Arbuckle extended families are very involved in their communities.

On November 16, 2021, Tyler Arbuckle as “Anthony UT” sent a direct message to Patriot Front member “Jason NY”. In this message he reveals he will be traveling to New York City from November 24-30. 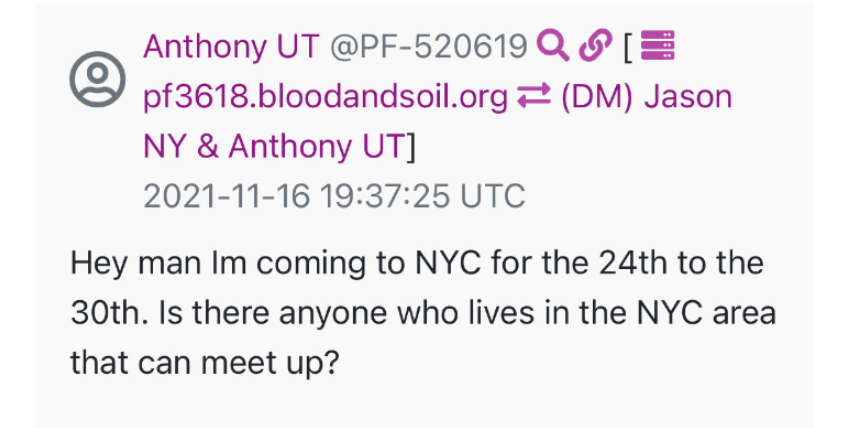 On November 26, 2021, his mother, Amy Freeze, posted an image of Tyler Arbuckle in New York City on Instagram. 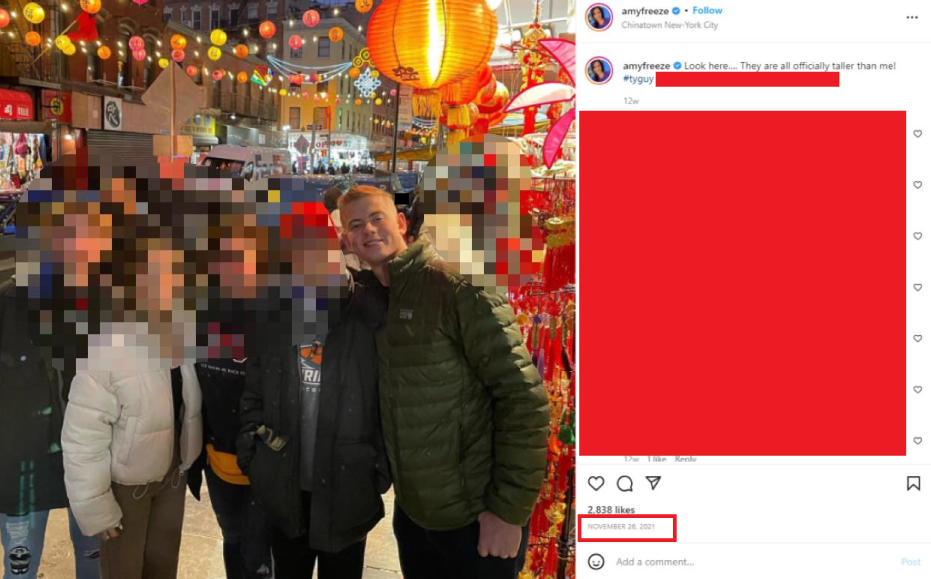 Arbuckle is engaged to be married April 22, 2022. There is no evidence that his fiancee is aware of his membership and involvement in Patriot Front. 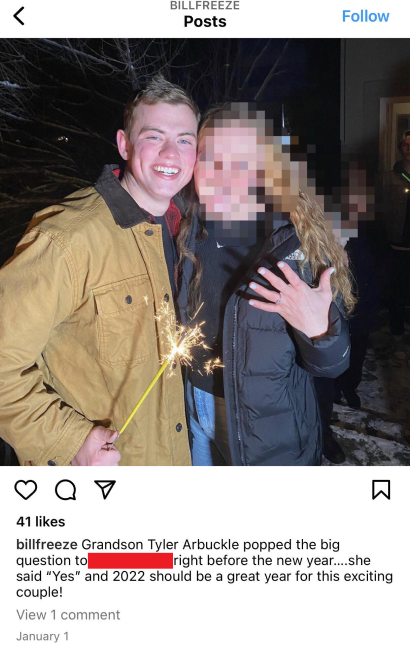 Tyler Arbuckle’s Facebook profile is connected to both his mother and father, as well as his fiancee. The Facebook profile uses a misspelling of his last name “Arbculke” in the display name and vanity url. The profile image is pixelated. The misspelling and pixelated image are probably attempts to obscure his identity on social media. 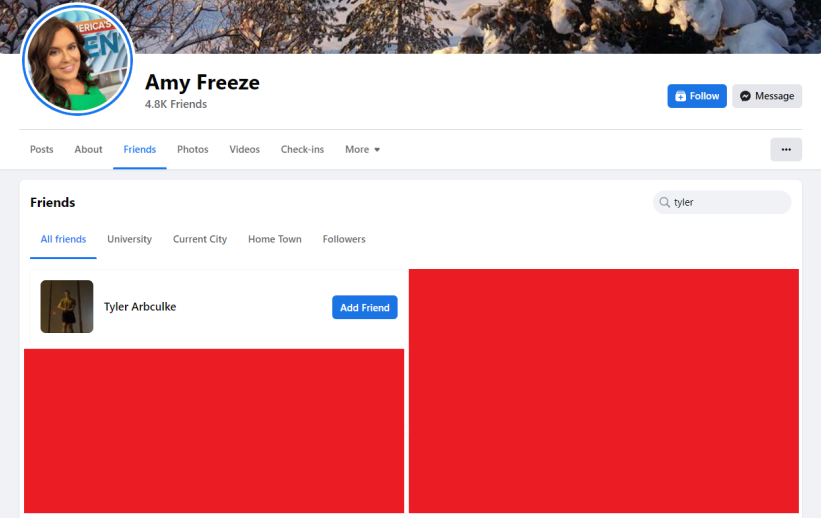 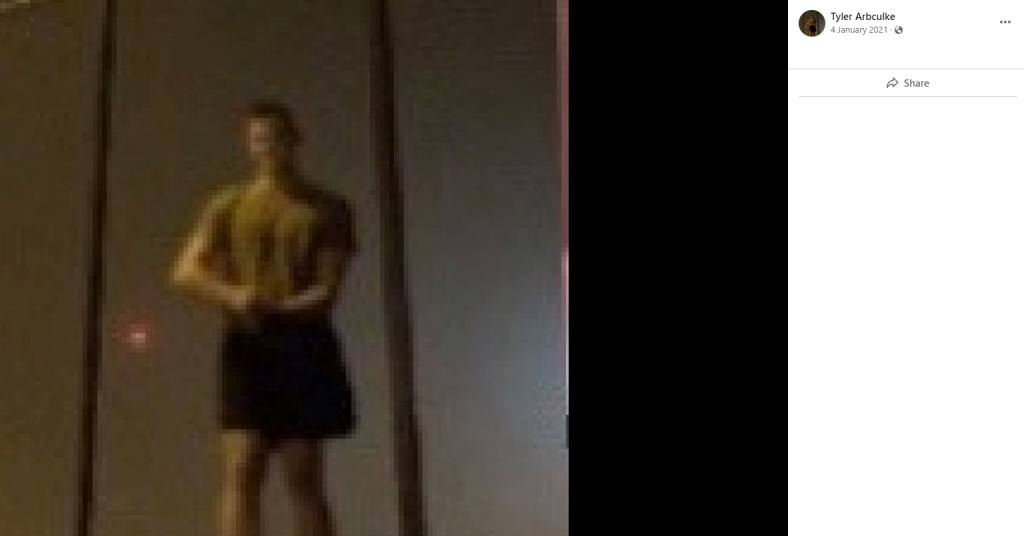 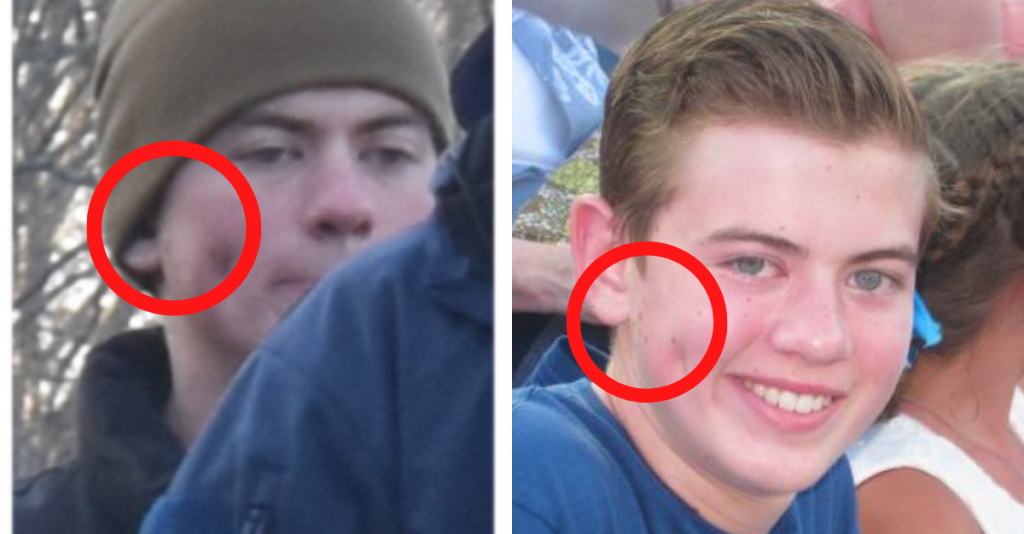 Images of Tyler Russell Arbuckle: image on left from leaked Patriot Front communications; image on right from a public post on Facebook clearly showing facial markings (image on right is from when he was younger).

The last known address for Tyler Arbuckle is in Washington, Utah. Arbuckle was heavily involved in the planning of the shield team for Patriot Front’s fascist march in Washington, DC on December 4, 2021. He helped organize the shield teams and appears in the leaked #shieldteamrearguard chat on the white supremacist organization’s RocketChat. As someone who graduated from the United States Air Force, Arbuckle is using his military training and background to train neo-Nazis. 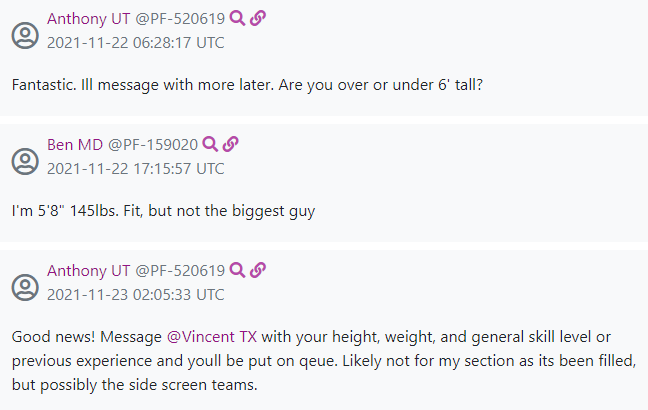 Additionally, while in DC on December 4, 2021, Tyler Arbuckle put up promotional materials (promat) with other Patriot Front members. Patriot Front members are well-known for their fascist stickering and stenciling campaigns, as well as doing banner drops in high-visibility areas. In the leaked chats, Arbuckle describes avoiding undercover cops while placing Patriot Front propaganda. 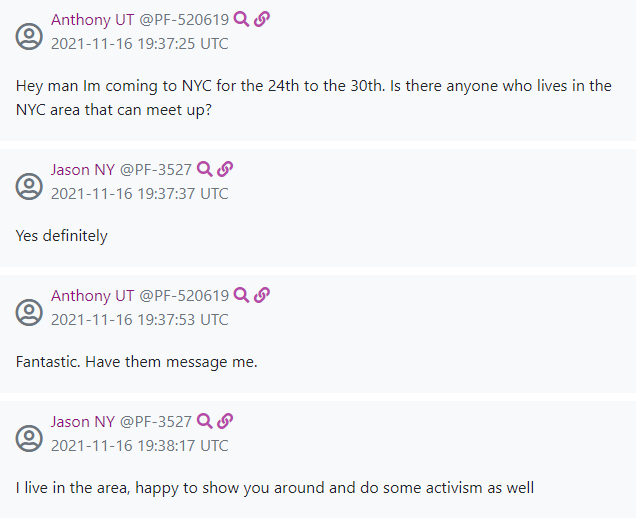 On November 26, 2021, Tyler Arbuckle can be seen in a public image his mother, Amy Freeze, posted to Instagram.

Like his great-grandfather who served in Germany during WWII, we have been able to confirm Arbuckle is a member of the United States military. Tyler Arbuckle, graduated from Lackland AFB in 2020 and his command is likely Hill Air Force Base in Utah. We have no indication Arbuckle’s family or the United States Air Force is aware of his membership and involvement in the neo-Nazi organization, Patriot Front. 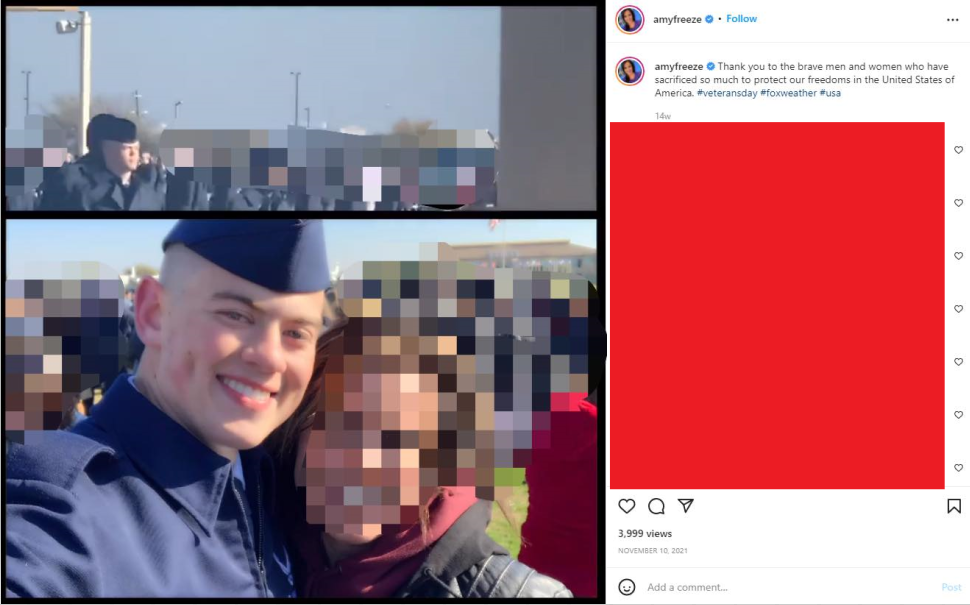 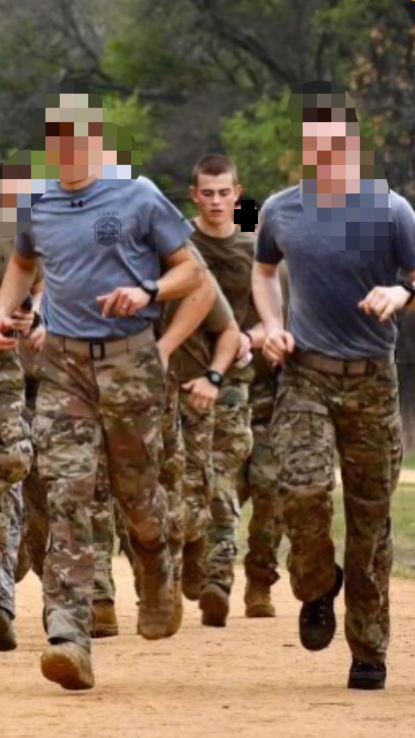 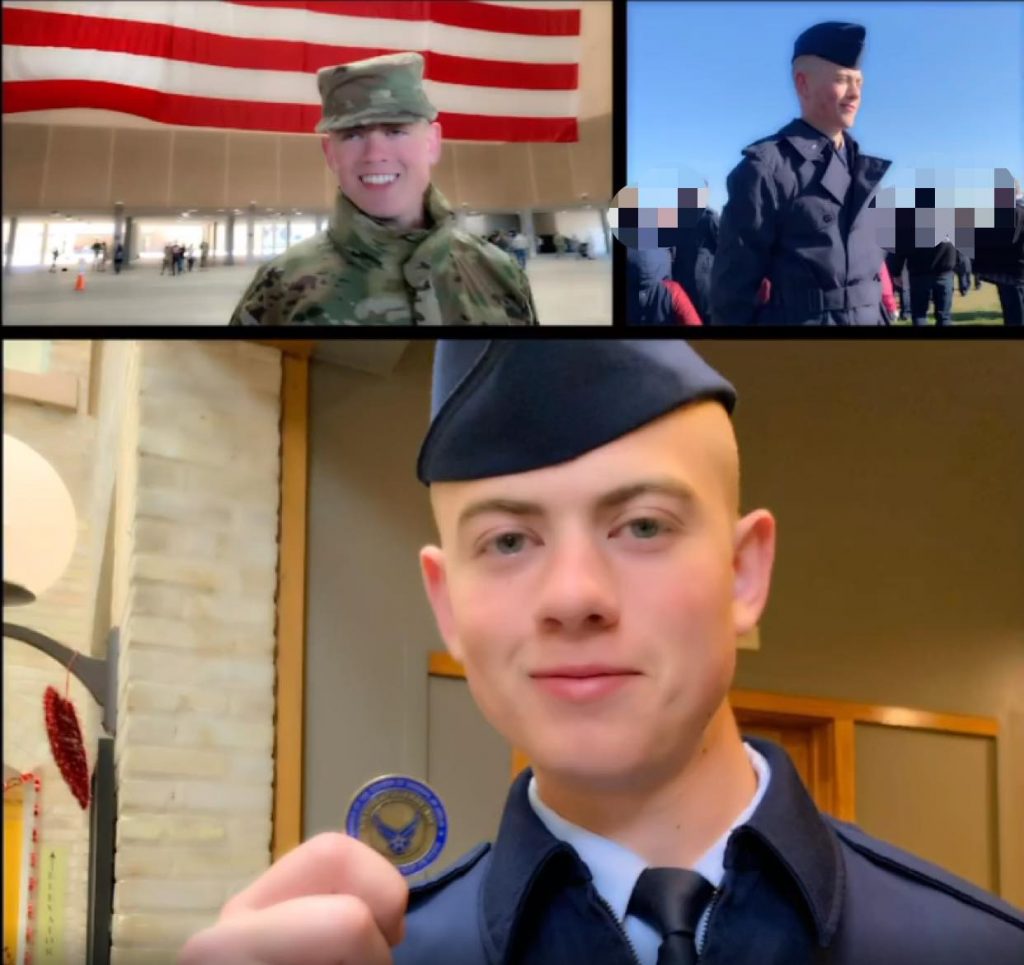 In another leaked RocketChat message, Arbuckle states to Patriot Front member (Charles CO) that he is an Emergency Medical Technician (EMT). We were able to confirm that Tyler Arbuckle is indeed an EMT through a video his mother, Amy Freeze, posted publicly to Instagram in November 2021. We were also able to verify his EMT license. 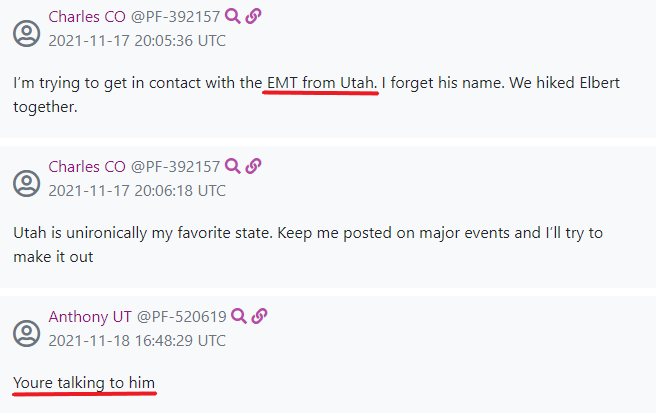 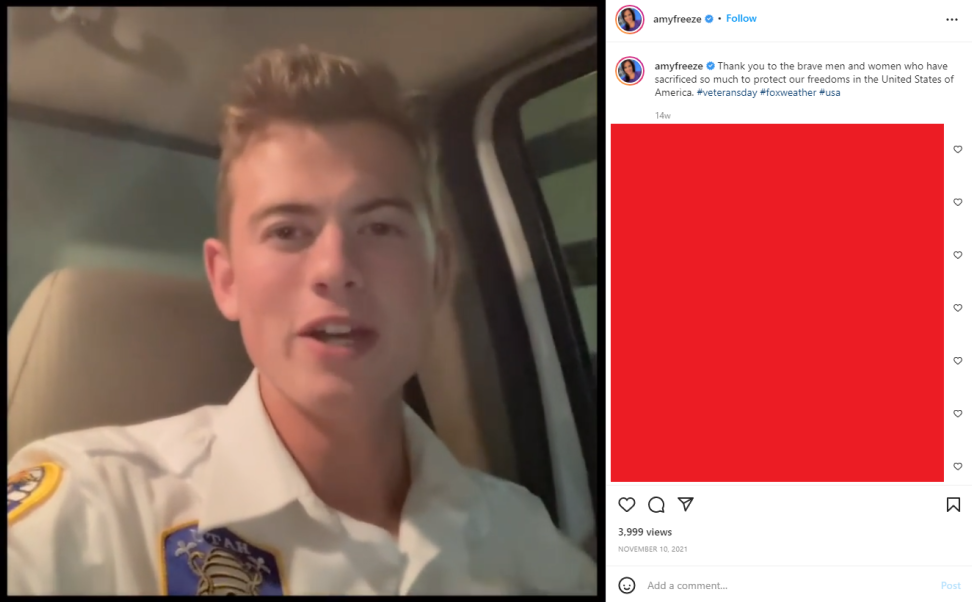 Tyler Arbuckle is likely an active member of the United States Air Force and is probably stationed at Hill Air Force Base in Utah. You can let his command know by contacting them here.

NEW! Tyler R. Arbuckle is a licensed EMT in Utah. His place of employment as an EMT-B is at GoldCross Ambulance Company 762 S Redwood Rd Salt Lake City, UT.

NEW! Tyler Arbuckle is engaged to be married 4/22/2022. Please reach out KINDLY to his fiancee’s mother and let her know that her daughter is about to marry a member of the neo-Nazi organization, Patriot Front.

If you have additional information on Tyler Arbuckle or other fascist organizing, please reach out to us at texasantifa at riseup dot net.